Defending freedom in the time of coronavirus

The world is in the grip of a pandemic. Leaders everywhere are racing to gain clarity and develop solutions. Governments are reacting in different ways, but a common thread that's emerging is a trend toward greater surveillance and restrictions on movement.

The overwhelming goal is averting deaths in the short term -- we don't have time to worry about long-term consequences. The secondary goal -- as evidenced by the U.S. Congress, which is normally a poster child for partisan dysfunction, passing a unanimous $2 trillion rescue plan in a matter of days -- is to avert the death of the world economy. There is little room for thinking about anything else.

All of this is understandable, unavoidable, needed. But when the dust settles from this emergency and we are able to take stock in the cold light of day, we may find that measures meant to avert disaster have left us permanently less free. We must be vigilant to keep this from happening.

Disasters are a ratchet for government control

Disasters introduce instability, uncertainty, and fear -- a powerful impulse that can hold people back, even from doing things that are in their best interests. Crises also tend to require large-scale, coordinated responses that can only be mustered by central governments. In many cases, this leads to a permanent expansion of a government's power over its citizens, at the expense of civil liberties.

Repressive regimes have long turned to "national emergencies" to claim broad powers over their people. Egypt, for example, has been in a declared state of emergency since 1967, with the exception of a roughly five-year period following the overthrow of President Hosni Mubarak in 2012. During that time, opposition parties have been banned, elections canceled, media censored, and people jailed indefinitely without charge. This playbook has been followed in many countries, from China to Venezuela to Pakistan and beyond. 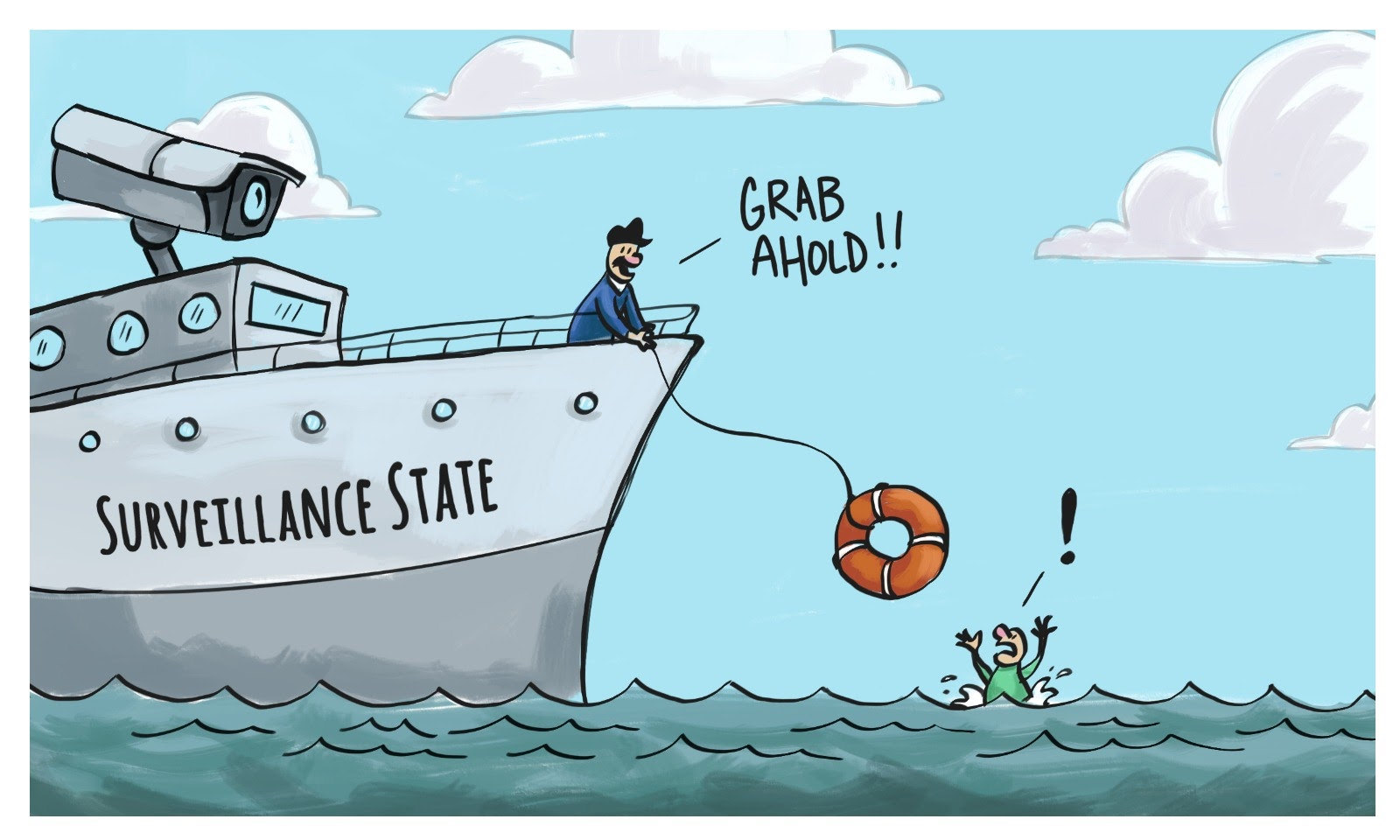 But the use of national emergencies -- real or imagined -- to tighten restrictions on freedom is not limited to the world's dictatorships. In the United States, governments have a long history of curtailing rights in reaction to crises. Abraham Lincoln famously suspended habeas corpus during the Civil War. President Franklin Roosevelt interned approximately 120,000 Japanese Americans during the Second World War.

These breaches of liberty were ultimately reversed -- though not without permanent damage. In recent decades, though, the shrinking of rights has tended to be permanent. After the 9/11 attacks, Congress passed the USA Patriot Act, which allowed for the indefinite detention of immigrants, expanded federal agencies' ability to wiretap citizens, and granted the same agencies broadened access to business and personal records. The act has been used to monitor Americans' online activity, wiretap them, and collect records of all phone calls placed, regardless of reasonable suspicion or possession of a warrant.

Nearly two decades after 9/11 and nine years after the death of Osama Bin Laden, the Patriot Act remains in force.

There is every reason to believe the safety-in-exchange-for-freedom bargain will expand in the wake of the coronavirus pandemic. Already, many are praising China's authoritarian response, which for the moment appears to have stanched the spread of the disease. Some in the West are arguing that democratic governments must adopt these sorts of severe restrictions on individual behavior, which include widespread surveillance, police checkpoints, and coercive measures including "snitch lines."

Will coronavirus kill the freedom to move?

The coronavirus also has the potential to change forever the way the world handles human movement, which has traditionally been regarded as a core freedom alongside speech and protest. Freedom of movement is one of the nonnegotiable requirements for EU membership, and it is guaranteed within the United States by the Federal Government. But it is under stress. Looking to China's apparent success in combating the virus through strict lockdowns, European nations have closed their borders to one another. It's an open question when, and to what degree, they will reopen.

Even in the United States, free movement no longer seems so certain. The island state of Hawaii has imposed a 14-day quarantine on anyone arriving from anywhere, including elsewhere in the U.S., and the governor of Puerto Rico asked the FAA to suspend flights to the territory. Even on the mainland, the governor of Rhode Island announced the state police would pull over every car with New York license plates.

The most recent statistics suggest many people in the United States are still failing to take the crisis seriously. This may present novel challenges as parts of the world now locked down emerge to restart their economies. How can they do so while other regions within the same country, having failed to socially distance, are experiencing the "peak of the curve"? Will we see travel restricted based on residence and health status -- will people be required to carry "immunity passports"? Recent news out of the UK suggests the answer is yes.

The future is up to us

The choice between freedom and safety is a false one. Right now, we are all blinded by the fog of war -- the war against this virus. Those of us who cherish freedom must do everything in our power to overcome the current pandemic without inadvertently surrendering our liberty. This will require us to pursue two goals simultaneously. First, we must overcome this pathogen. But in doing so, we must be careful not to abandon our most deeply held principles.

Dr. Steven Waterhouse is the co-founder and CEO of Orchid, a privacy tool built on the Ethereum blockchain designed to let people explore the Internet freely.

Marvin Tong on Battling the “Data Empire” with Privacy and Decentralization